Lumans studies the relations between Nazi Germany and the German minority populations of other European countries, examining these ties within the context of Hitler's foreign policy and the racial policies of SS Chief Heinrich Himmler. He shows how the Reich's racial and political interests in these German minorities between 1933 and 1945 helped determine its behavior toward neighboring states. 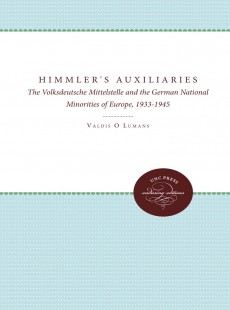 The Volksdeutsche Mittelstelle and the German National Minorities of Europe, 1933-1945