In his distinguished career as a historian of modern France, John Merriman has published ten books and scores of scholarly articles. This volume collects some of his most notable and significant explorations of French history and culture. In a wide-ranging introduction Merriman reflects on his decades of research and on his life, lived increasingly in France. At the beginning of his career he was determined to be not a narrow specialist but a historian who engaged with all the regions of France. So he set himself the goal of doing archival research in every single département of the country. A permanent resident of the small village of Balazuc in the Ardèche for more than twenty-five years, he laments what he sees as the over-professionalization of history at the expense of passion for one's field. Yet Merriman is no cranky, tweed-bound scholar. Beloved by generations of historians of France, many of whom he has mentored (both as a graduate advisor and more informally), Merriman offers reflections on his life in history that will be of interest to a broad audience of historians. 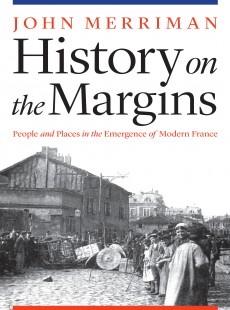 History on the Margins

People and Places in the Emergence of Modern France