For more than fifty years, Hoover has been viewed as a lily-white racist who attempted to revitalize Republicanism in the South by driving blacks from positions of leadership at all party levels. Lisio demonstrates that this view is both inaccurate and incomplete, that Hoover hoped to promote racial progress. He shows that Hoover's efforts to reform the southern state parties led to controversy with lily-whites as well as blacks in both the North and the South. 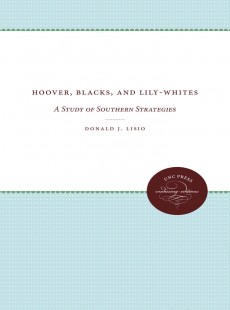 A Study of Southern Strategies