Many are haunted and obsessed by their own eventual deaths, but perhaps no one as much as Sue William Silverman. This thematically linked collection of essays charts Silverman's attempt to confront her fears of that ultimate unknown. Her dread was fomented in part by a sexual assault, hidden for years, that led to an awareness that death and sex are in some ways inextricable, an everyday reality many women know too well.

Through gallows humor, vivid realism, and fantastical speculation, How to Survive Death and Other Inconveniences explores this fear of death and the author's desire to survive it. From cruising New Jersey's industry-blighted landscape in a gold Plymouth to visiting the emergency room for maladies both real and imagined to suffering the stifling strictness of an intractable piano teacher, Silverman guards her memories for the same reason she resurrects archaic words—to use as talismans to ward off the inevitable. Ultimately, Silverman knows there is no way to survive death physically. Still, through language, commemoration, and metaphor, she searches for a sliver of transcendent immortality. 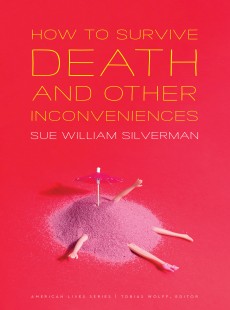 How to Survive Death and Other Inconveniences