Stonewall Jackson depended on him, General Lee complimented him, Union soldiers admired him, and women in Maryland, Virginia, and even Pennsylvania adored him. Henry Kyd Douglas devoted himself to the Southern cause, fighting its battles and enduring its defeats, and during and shortly after the Civil War, Douglas set down his experiences of great men and great days. In simple, resonant prose written wholly firsthand from notes and diaries made on the battlefield, he covered the full emotional spectrum of a soldier's life. I Rode with Stonewall is one of the most remarkable stories to come out of any war. 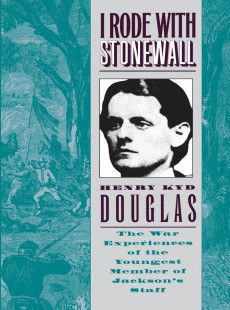 I Rode with Stonewall