James Boggs (1919-1993) and Grace Lee Boggs (1915-2015) were two largely unsung but critically important figures in the black freedom struggle. Born and raised in Alabama, James Boggs came to Detroit during the Great Migration, becoming an automobile worker and a union activist. Grace Lee was a Chinese American scholar who studied Hegel, worked with Caribbean political theorist C. L. R. James, and moved to Detroit to work toward a new American revolution. As husband and wife, the couple was influential in the early stages of what would become the Black Power movement, laying the intellectual foundation for racial and urban struggles during one of the most active social movement periods in recent U.S. history.

Stephen Ward details both the personal and the political dimensions of the Boggses' lives, highlighting the vital contributions these two figures made to black activist thinking. At once a dual biography of two crucial figures and a vivid portrait of Detroit as a center of activism, Ward's book restores the Boggses, and the intellectual strain of black radicalism they shaped, to their rightful place in postwar American history. 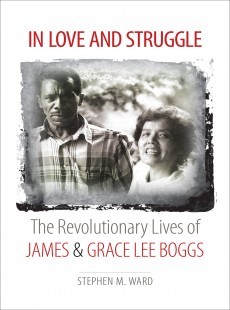 The Revolutionary Lives of James and Grace Lee Boggs