In the Trenches at Petersburg, the final volume of Earl J. Hess's trilogy of works on the fortifications of the Civil War, recounts the strategic and tactical operations around Petersburg during the last ten months of the Civil War. Hess covers all aspects of the Petersburg campaign, from important engagements that punctuated the long months of siege to mining and countermining operations, the fashioning of wire entanglements and the laying of torpedo fields to impede attacks, and the construction of underground shelters to protect the men manning the works. In the Trenches at Petersburg humanizes the experience of the soldiers working in the fortifications and reveals the human cost of trench warfare in the waning days of the struggle. 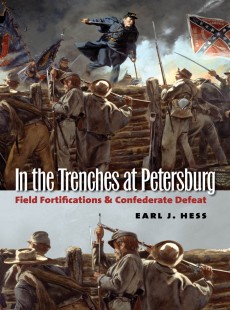 In the Trenches at Petersburg