Indigenous women migrants from Central America and Mexico face harrowing experiences of violence before, during, and after their migration to the United States, like all asylum seekers. But as Shannon Speed argues, the circumstances for Indigenous women are especially devastating, given their disproportionate vulnerability to neoliberal economic and political policies and practices in Latin America and the United States, including policing, detention, and human trafficking. Speed dubs this vulnerability "neoliberal multicriminalism" and identifies its relation to settler structures of Indigenous dispossession and elimination. Using innovative ethnographic practices to record and recount stories from Indigenous women in U.S. detention, Speed demonstrates that these women's vulnerability to individual and state violence is not rooted in a failure to exercise agency. Rather, it is a structural condition, created and reinforced by settler colonialism, which consistently deploys racial and gender ideologies to manage the ongoing business of occupation and capitalist exploitation.

With sensitive narration and sophisticated analysis, this book reveals the human consequences of state policy and practices throughout the Americas and adds vital new context for understanding the circumstances of migrants seeking asylum in the United States. 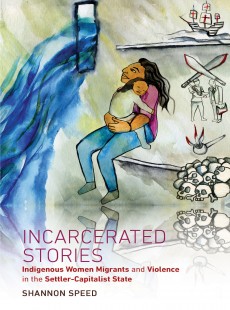 Indigenous Women Migrants and Violence in the Settler-Capitalist State