When Indian University—now Bacone College—opened its doors in Indian Territory (now Oklahoma) in 1880, it was a small Baptist institution designed to train young Native Americans to be teachers and Christian missionaries among their own people and to act as agents of cultural assimilation. From 1927 to 1957, however, Bacone College changed course and pursued a new strategy of emphasizing the Indian identities of its students and projecting often-romanticized images of Indianness to the non-Indian public in its fund-raising campaigns. Money was funneled back into the school as administrators hired Native American faculty who in turn created innovative curricular programs in music and the arts that encouraged their students to explore and develop their Native identities. Through their frequent use of humor and inventive wordplay to reference Indianness—“Indian play”—students articulated the (often contradictory) implications of being educated Indians in mid-twentieth-century America. In this supportive and creative culture, Bacone became an “Indian school,” rather than just another “school for Indians.” In examining how and why this transformation occurred, Lisa K. Neuman situates the students’ Indian play within larger theoretical frameworks of cultural creativity, ideologies of authenticity, and counterhegemonic practices that are central to the fields of Native American and indigenous studies today. 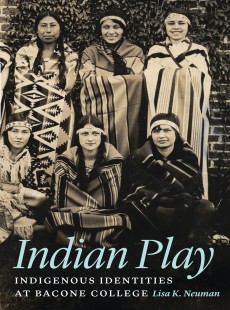