From the 1950s to the digital age, Americans have pushed their children to live science-minded lives, cementing scientific discovery and youthful curiosity as inseparable ideals. In this multifaceted work, historian Rebecca Onion examines the rise of informal children's science education in the twentieth century, from the proliferation of home chemistry sets after World War I to the century-long boom in child-centered science museums. Onion looks at how the United States has increasingly focused its energies over the last century into producing young scientists outside of the classroom. She shows that although Americans profess to believe that success in the sciences is synonymous with good citizenship, this idea is deeply complicated in an era when scientific data is hotly contested and many Americans have a conflicted view of science itself.

These contradictions, Onion explains, can be understood by examining the histories of popular science and the development of ideas about American childhood. She shows how the idealized concept of "science" has moved through the public consciousness and how the drive to make child scientists has deeply influenced American culture. 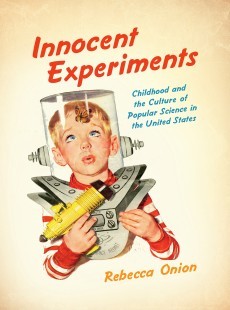 Childhood and the Culture of Popular Science in the United States