"Price Herndl's compelling individual readings of works by major writers (Harriet Beecher Stowe, Hawthorne, Wharton, James, Fitzgerald) and minor ones complement her examination of germ theory, psychic and somatic cures, medicine's place in the rise of capitalism, and the cultural forms in which men and women used the trope of female illness.--Choice

"A rich and provocative study of female illnesses and their textual representations. . . . A major contribution to the feminist agenda of literature and medicine.--Medical Humanities Review

"An outstanding study of the representation of female invalidism in American culture and literature. There emerges from this work a striking sense of the changing meanings of female invalidism even as the conjunction of these terms has remained a constant in American cultural history. . . . Moreover, Invalid Women provides fascinating readings of female illness in a variety of texts.--Gillian Brown, University of Utah

"A provocative study based on imaginative historical research and very fine close readings. The book provides a useful American complement to Helena Michie's The Flesh Made Word and Margaret Homans's Bearing the World. It should prove enlightening and otherwise useful not just to scholars of American literature, but also to those engaged in American studies, feminist criticism and theory, women's studies, the sociology of medicine and illness, and the history of science and medicine.--Cynthia S. Jordan, Indiana University 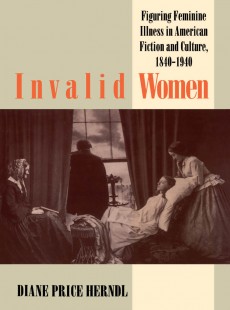