In this study of Birmingham's iron and steel workers, Henry McKiven unravels the complex connections between race relations and class struggle that shaped the city's social and economic order. He also traces the links between the process of class formation and the practice of community building and neighborhood politics. According to McKiven, the white men who moved to Birmingham soon after its founding to take jobs as skilled iron workers shared a free labor ideology that emphasized opportunity and equality between white employees and management at the expense of less skilled black laborers. But doubtful of their employers' commitment to white supremacy, they formed unions to defend their position within the racial order of the workplace. This order changed, however, when advances in manufacturing technology created more semiskilled jobs and broadened opportunities for black workers. McKiven shows how these race and class divisions also shaped working-class life away from the plant, as workers built neighborhoods and organized community and political associations that reinforced bonds of skill, race, and ethnicity. 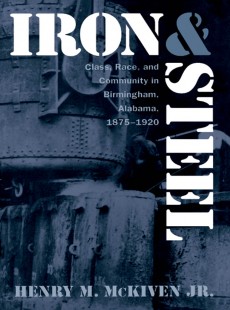