In this media history of the Caribbean, Alejandra Bronfman traces how technology, culture, and politics developed in a region that was "wired" earlier and more widely than many other parts of the Americas. Haiti, Cuba, and Jamaica acquired radio and broadcasting in the early stages of the global expansion of telecommunications technologies. Imperial histories helped forge these material connections through which the United States, Great Britain, and the islands created a virtual laboratory for experiments in audiopolitics and listening practices.

As radio became an established medium worldwide, it burgeoned in the Caribbean because the region was a hub for intense foreign and domestic commercial and military activities. Attending to everyday life, infrastructure, and sounded histories during the waxing of an American empire and the waning of British influence in the Caribbean, Bronfman does not allow the notion of empire to stand solely for domination. By the time of the Cold War, broadcasting had become a ubiquitous phenomenon that rendered sound and voice central to political mobilization in the Caribbean nations throwing off what remained of their imperial tethers. 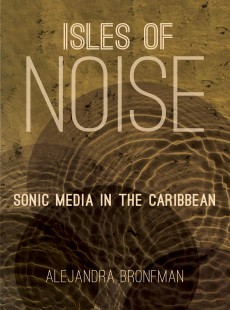 Sonic Media in the Caribbean