James T. Farrell and Baseball is a social history of baseball on Chicago's South Side, drawing on the writings of novelist James T. Farrell along with historical sources. Charles DeMotte shows how baseball in the early decades of the twentieth century developed on all levels and in all areas of Chicago, America's second largest city at the time, and how that growth intertwined with Farrell's development as a fan and a writer who used baseball as one of the major themes of his work. DeMotte goes beyond Farrell's literary focus to tell a larger story about baseball on Chicago's South Side during this time—when Charles Comiskey's White Sox won two World Series and were part of a rich baseball culture that was widely played at the amateur, semipro, and black ball levels. DeMotte highlights the 1919–20 Black Sox fix and scandal, which traumatized not only Farrell and Chicago but also baseball and the broader culture. By tying Farrell's fictional and nonfictional works to Chicago's vibrant baseball history, this book fills an important gap in the history of baseball during the Deadball Era. 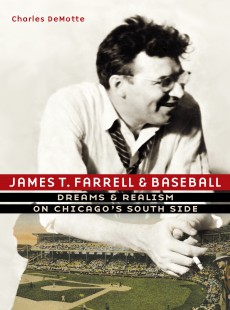 Dreams and Realism on Chicago's South Side