Nineteenth-century newspaper editor Jane Grey Swisshelm (1815-1884) was an unconventionally ambitious woman. While she struggled in private to be a dutiful daughter, wife, and mother, she publicly critiqued and successfully challenged gender conventions that restricted her personal behavior, limited her political and economic opportunities, and attempted to silence her voice.

As the owner and editor of newspapers in Pittsburgh; St. Cloud, Minnesota; and Washington, D.C.; and as one of the founders of the Minnesota Republican Party, Swisshelm negotiated a significant place for herself in the male-dominated world of commerce, journalism, and politics. How she accomplished this feat; what expressive devices she used; what social, economic, and political tensions resulted from her efforts; and how those tensions were resolved are the central questions examined in this biography. Sylvia Hoffert arranges the book topically, rather than chronologically, to include Swisshelm in the broader issues of the day, such as women's involvement in politics and religion, their role in the workplace, and marriage. Rescuing this prominent feminist from obscurity, Hoffert shows how Swisshelm laid the groundwork for the "New Woman" of the turn of the century. 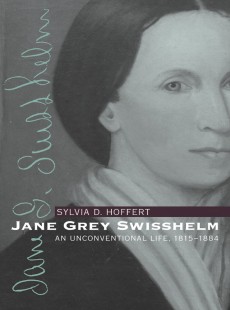