From his obsession with the founding principles of the United States to his cold-blooded killings in the battle over slavery's expansion, John Brown forced his countrymen to reckon with America's violent history, its checkered progress toward racial equality, and its resistance to substantive change. Tracing Brown's legacy through writers and artists like Thomas Hovenden, W. E. B. Du Bois, Robert Penn Warren, Jacob Lawrence, Kara Walker, and others, Blake Gilpin transforms Brown from an object of endless manipulation into a dynamic medium for contemporary beliefs about the process and purpose of the American republic.

Gilpin argues that the endless distortions of John Brown, misrepresentations of a man and a cause simultaneously noble and terrible, have only obscured our understanding of the past and loosened our grasp of the historical episodes that define America's struggles for racial equality. By showing Brown's central role in the relationship between the American past and the American present, Gilpin clarifies Brown's complex legacy and highlights his importance in the nation's ongoing struggle with the role of violence, the meaning of equality, and the intertwining paths these share with the process of change. 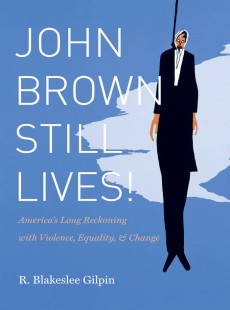