The complex and dramatic story of Joseph is the most sustained narrative in Genesis. Many call it a literary masterpiece and a story of great depth that can be read on many levels. In a lucid and engaging style, Alan T. Levenson brings the voices of Philo, Josephus, Midrash, and medieval commentators, as well as a wide range of modern scholars, into dialogue about this complex biblical figure. Levenson explores such questions as: Why did Joseph's brothers hate him so? What is achieved by Joseph's ups and downs on the path to extraordinary success? Why didn't Joseph tell his father he was alive and ruling Egypt? What was Joseph like as a husband and father? Was Joseph just or cruel in testing his brothers' characters? Levenson deftly shows how an unbroken chain of interpretive traditions, mainly literary but also artistic, have added to the depth of this fascinating and unique character. 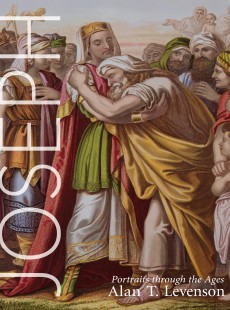 Portraits through the Ages