Born in the hamlet of Mount Gilead, North Carolina, Julius Chambers (1936–2013) escaped the fetters of the Jim Crow South to emerge in the 1960s and 1970s as the nation's leading African American civil rights attorney. Following passage of the Civil Rights Act of 1964, Chambers worked to advance the NAACP Legal Defense Fund's strategic litigation campaign for civil rights, ultimately winning landmark school and employment desegregation cases at the U.S. Supreme Court. Undaunted by the dynamiting of his home and the arson that destroyed the offices of his small integrated law practice, Chambers pushed federal civil rights law to its highwater mark.

In this biography, Richard A. Rosen and Joseph Mosnier connect the details of Chambers's life to the wider struggle to secure racial equality through the development of modern civil rights law. Tracing his path from a dilapidated black elementary school to counsel's lectern at the Supreme Court and beyond, they reveal Chambers's singular influence on the evolution of federal civil rights law after 1964. 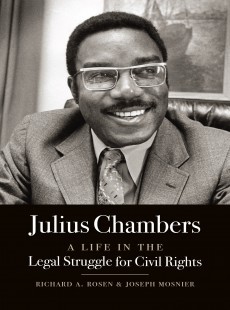 A Life in the Legal Struggle for Civil Rights