Since the nineteenth century, the distinct tones of k&299;k&257; kila, the Hawaiian steel guitar, have defined the island sound. Here historian and steel guitarist John W. Troutman offers the instrument's definitive history, from its discovery by a young Hawaiian royalist named Joseph Kekuku to its revolutionary influence on American and world music. During the early twentieth century, Hawaiian musicians traveled the globe, from tent shows in the Mississippi Delta, where they shaped the new sounds of country and the blues, to regal theaters and vaudeville stages in New York, Berlin, Kolkata, and beyond. In the process, Hawaiian guitarists recast the role of the guitar in modern life. But as Troutman explains, by the 1970s the instrument's embrace and adoption overseas also worked to challenge its cultural legitimacy in the eyes of a new generation of Hawaiian musicians. As a consequence, the indigenous instrument nearly disappeared in its homeland.

Using rich musical and historical sources, including interviews with musicians and their descendants, Troutman provides the complete story of how this Native Hawaiian instrument transformed not only American music but the sounds of modern music throughout the world. 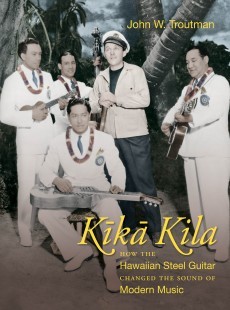 How the Hawaiian Steel Guitar Changed the Sound of Modern Music