Perhaps no NBA player today is as exciting and yet enigmatic as Kyrie Irving. Martin Gitlin's biography chronicles Irving's brilliance on the court as a devastating one‑on‑one talent, examines the influence of his father, the untimely death of his mother, his growth as a basketball player in high school and college, and his journey in the NBA. Nicknamed the "Isolation Assassin," Irving has earned the distinction as the most incredible isolation player in the league, outperforming rivals such as Stephen Curry and Russell Westbrook with his crossover dribble, drives to the basket, stop‑and‑go moves, and smooth, feathery jumpers, a distinction borne out, moreover, by his championship-clinching shot against Curry's Golden State Warriors in 2016. Yet while he speaks of maximizing his talent, he has shown reluctance to maximize the production of his teammates by passing the ball, as well as his overall defense. Irving expresses his desire to win championships yet demanded a trade away from the franchise best suited to deliver him a second. Off the court there is no one like Irving either. An educated individual who claims that the earth could be flat and that dinosaurs perhaps never existed, Irving is a man of puzzling contradictions who seeks self-actualization and contentment through a variety of pursuits, including reflection, music, and acting. Gitlin, a veteran writer who has followed Irving's career from the beginning, has much to tell about one of the most mysterious and sensational athletes of our time whose appeal transcends his sport. 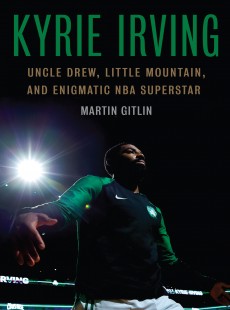