Lloyd Kramer offers a new interpretation of the cultural and political significance of the career of the Marquis de Lafayette, which spanned the American Revolution, the French Revolutions of 1789 and 1830, and the Polish Uprising of 1830-31. Moving beyond traditional biography, Kramer traces the wide-ranging influence of Lafayette's public and personal life, including his contributions to the emergence of nationalist ideologies in Europe and America, his extensive connections with liberal political theorists, and his close friendships with prominent writers, many of them women. Kramer places Lafayette on the cusp of the two worlds of America and France, politics and literature, the Enlightenment and the Romantic movement, public affairs and private life, revolution and nationalism, and men and women. He argues that Lafayette's experiences reveal how public figures can symbolize the aspirations of a society as a whole, and he stresses Lafayette's important role in a cultural network of contemporaries that included Germaine de Stael, Benjamin Constant, Frances Wright, James Fenimore Cooper, and Alexis de Tocqueville. History/Biography 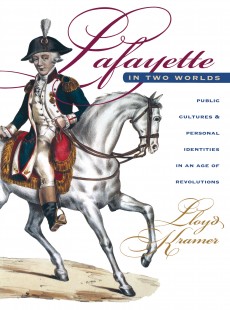 Public Cultures and Personal Identities in an Age of Revolutions