Of all the heroes produced by the Civil War, Robert E. Lee is the most revered and perhaps the most misunderstood. Lee is widely portrayed as an ardent antisecessionist who left the United States Army only because he would not draw his sword against his native Virginia, a Southern aristocrat who opposed slavery, and a brilliant military leader whose exploits sustained the Confederate cause.

Alan Nolan explodes these and other assumptions about Lee and the war through a rigorous reexamination of familiar and long-available historical sources, including Lee's personal and official correspondence and the large body of writings about Lee. Looking at this evidence in a critical way, Nolan concludes that there is little truth to the dogmas traditionally set forth about Lee and the war. 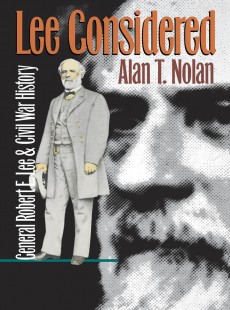