Few events in Civil War history have generated such deliberate mythmaking as the retreat that ended at Appomattox. William Marvel offers the first history of the Appomattox campaign written primarily from contemporary source material, with a skeptical eye toward memoirs published well after the events they purport to describe.

Marvel shows that during the final week of the war in Virginia, Lee's troops were more numerous yet far less faithful to their cause than has been suggested. He also proves accounts of the congenial intermingling of the armies at Appomattox to be shamelessly overblown and the renowned exchange of salutes to be apocryphal. 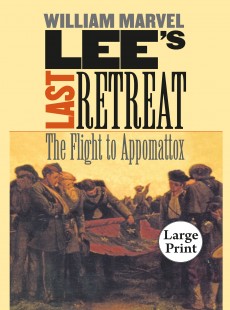 The Flight to Appomattox