This collection of fifteen new essays explores the impact of the organized Left and Leftist theory on American literature and culture from the 1920s to the present. In particular, the contributors explore the participation of writers and intellectuals on the Left in the development of African American, Chicano/Chicana, and Asian American literature and culture. By placing the Left at the center of their examination, the authors reposition the interpretive framework of American cultural studies.

Tracing the development of the Left over the course of the last century, the essays connect the Old Left of the pre-World War II era to the New Left and Third World nationalist Left of the 1960s and 1970s, as well as to the multicultural Left that has emerged since the 1970s. Individual essays explore the Left in relation to the work of such key figures as Ralph Ellison, T. S. Eliot, Chester Himes, Harry Belafonte, Americo Paredes, and Alice Childress. The collection also reconsiders the role of the Left in such critical cultural and historical moments as the Harlem Renaissance, the Cold War, and the Black Arts Movement of the 1960s and 1970s. 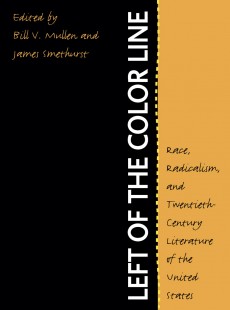 Left of the Color Line

Race, Radicalism, and Twentieth-Century Literature of the United States