From San Francisco to the Ginza in Tokyo, Lefty O'Doul relates the untold story of one of baseball's greatest hitters, most colorful characters, and the unofficial father of professional baseball in Japan. Lefty O'Doul (1897–1969) began his career on the sandlots of San Francisco and was drafted by the Yankees as a pitcher. Although an arm injury and his refusal to give up the mound clouded his first four years, he converted into an outfielder. After four Minor League seasons he returned to the Major Leagues to become one of the game's most prolific power hitters, retiring with the fourth-highest lifetime batting average in Major League history. A self-taught "scientific" hitter, O'Doul then became the game's preeminent hitting instructor, counting Joe DiMaggio and Ted Williams as his top disciples. In 1931 O'Doul traveled to Japan with an All-Star team and later convinced Babe Ruth to headline a 1934 tour. By helping to establish the professional game in Japan, he paved the way for Hideo Nomo, Ichiro Suzuki, and Hideki Matsui to play in the American Major Leagues. O'Doul's finest moment came in 1949, when General Douglas MacArthur asked him to bring a baseball team to Japan, a tour that MacArthur later praised as one of the greatest diplomatic efforts in U.S. history. O'Doul became one of the most successful managers in the Pacific Coast League and was instrumental in spreading baseball's growth and popularity in Japan. He is still beloved in Japan, where in 2002 he was inducted into the Japanese Baseball Hall of Fame. 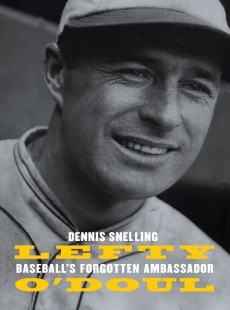