2019 Choice Outstanding Academic Title The Dust Bowl of the 1930s was the worst ecological disaster in American history. When the rains stopped and the land dried up, farmers and agricultural laborers on the southeastern Colorado plains were forced to adapt to new realities. The severity of the drought coupled with the economic devastation of the Great Depression compelled farmers and government officials to combine their efforts to achieve one primary goal: keep farmers farming on the Colorado plains. In Legacies of Dust Douglas Sheflin offers an innovative and provocative look at how a natural disaster can dramatically influence every facet of human life. Focusing on the period from 1929 to 1962, Sheflin presents the disaster in a new light by evaluating its impact on both agricultural production and the people who fueled it, demonstrating how the Dust Bowl fractured Colorado's established system of agricultural labor. Federal support, combined with local initiative, instituted a broad conservation regime that facilitated production and helped thousands of farmers sustain themselves during the difficult 1930s and again during the drought of the 1950s. Drawing from western, environmental, transnational, and labor history, Sheflin investigates how the catastrophe of the Dust Bowl and its complex consequences transformed the southeastern Colorado agricultural economy. 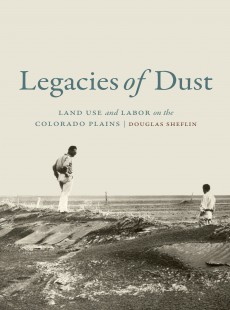 Land Use and Labor on the Colorado Plains