Through an evaluation of Oregon's exclusionary laws, Leveraging an Empire examines the process of settler colonialism in the evolving region of the Pacific Northwest between the years 1841 and 1859. Oregon laws through nuanced emphases and new articulations related to national issues of slavery, immigration, land ownership, education, suffrage, and naturalization.Leveraging an Empire demonstrates how the construction of laws governing matters of race, gender, and citizenship from Oregon's pre-territorial days through its early statehood reified and institutionalized American legal definitions and national perceptions of these issues leading up to the Civil War. Oregon's exclusionary laws either supported racial and gender restrictions to specific rights or established a legal precedent for such restrictions through the development of legislation governing the remainder of the century. These laws some developed even before Oregon became part of the Union in 1846 also influenced federal treatment toward territorial and state policies that restricted American citizens from political rights and reveal the impact of settler colonialism in the American West on the nation. 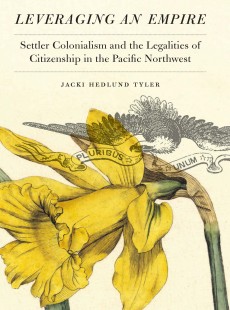 Settler Colonialism and the Legalities of Citizenship in the Pacific Northwest