In this moving microhistory of nineteenth-century Haiti and Jamaica, Matthew J. Smith details the intimate connections that illuminate the conjoined histories of both places after slavery. The frequent movement of people between Haiti and Jamaica in the decades following emancipation in the British Caribbean brought the countries into closer contact and influenced discourse about the postemancipation future of the region. In the stories and genealogies of exiles and politicians, abolitionists and diplomats, laborers and merchants--and mothers, fathers, and children--Smith recognizes the significance of nineteenth-century Haiti to regional development.

On a broader level, Smith argues that the history of the Caribbean is bound up in the shared experiences of those who crossed the straits and borders between the islands just as much as in the actions of colonial powers. Whereas Caribbean historiography has generally treated linguistic areas separately and emphasized relationships with empires, Smith concludes that such approaches have obscured the equally important interactions among peoples of the Caribbean. 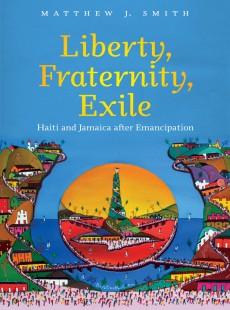 Haiti and Jamaica after Emancipation