In this nuanced and groundbreaking history, Donna Murch argues that the Black Panther Party (BPP) started with a study group. Drawing on oral history and untapped archival sources, she explains how a relatively small city with a recent history of African American settlement produced such compelling and influential forms of Black Power politics.

During an era of expansion and political struggle in California's system of public higher education, black southern migrants formed the BPP. In the early 1960s, attending Merritt College and other public universities radicalized Huey Newton, Bobby Seale, and many of the young people who joined the Panthers' rank and file. In the face of social crisis and police violence, the most disfranchised sectors of the East Bay's African American community--young, poor, and migrant--challenged the legitimacy of state authorities and of an older generation of black leadership. By excavating this hidden history, Living for the City broadens the scholarship of the Black Power movement by documenting the contributions of black students and youth who created new forms of organization, grassroots mobilization, and political literacy. 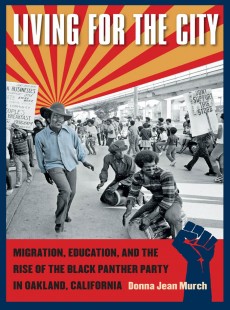 Living for the City

Migration, Education, and the Rise of the Black Panther Party in Oakland, California