While battlefield parks and memorials erected in town squares and cemeteries have served to commemorate southern valor in the Civil War, Confederate soldiers' homes were actually 'living monuments' to the Lost Cause, housing the very men who made that cause their own. R. B. Rosenburg provides the first account of the establishment and operation of these homes for disabled and indigent southern veterans, which had their heyday between the 1880s and the 1920s. These institutions were commonly perceived as dignified retreats, where veterans who had seen better days could find peace, quiet, comfort, and happiness. But as Rosenburg shows, the harsher reality often included strict disciplinary tactics to maintain order and the treatment of indigent residents as wards and inmates rather than honored veterans. Many men chafed under the rigidly paternalistic administrative control and resented being told by their 'betters' how to behave. Rosenburg makes clear the idealism and sense of social responsibility that motivated the homes' founders and administrators, while also showing that from the outset the homes were enmeshed in political self-interest and the exploitation of the Confederate heritage. 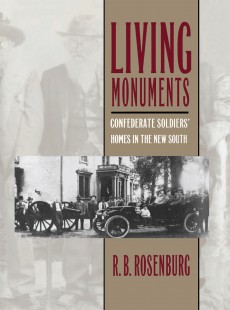