Living the Dream tells the history behind the establishment of Martin Luther King Jr. Day and the battle over King's legacy that continued through the decades that followed. Creating the first national holiday to honor an African American was a formidable achievement and an act of resistance against conservative and segregationist opposition.

Congressional efforts to commemorate King began shortly after his assassination. The ensuing political battles slowed the progress of granting him a namesake holiday and crucially defined how his legacy would be received. Though Coretta Scott King's mission to honor her husband's commitment to nonviolence was upheld, conservative politicians sought to use the holiday to advance a whitewashed, nationalistic, and even reactionary vision of King's life and thought. This book reveals the lengths that activists had to go to elevate an African American man to the pantheon of national heroes, how conservatives took advantage of the commemoration to bend the arc of King's legacy toward something he never would have expected, and how grassroots causes, unions, and antiwar demonstrators continued to try to claim this sanctified day as their own. 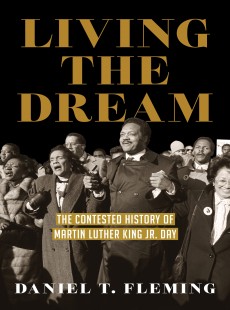