Andrew L. Yarrow tells the story of Look magazine, one of the greatest mass-circulation publications in American history, and the very different United States in which it existed. The all-but-forgotten magazine had an extraordinary influence on mid-twentieth-century America, not only by telling powerful, thoughtful stories and printing outstanding photographs but also by helping to create a national conversation around a common set of ideas and ideals. Yarrow describes how the magazine covered the United States and the world, telling stories of people and trends, injustices and triumphs, and included essays by prominent Americans such as Martin Luther King Jr. and Margaret Mead. It did not shy away from exposing the country's problems, but it always believed that those problems could be solved.Look, which was published from 1937 to 1971 and had about 35 million readers at its peak, was an astute observer with a distinctive take on one of the greatest eras in U.S. history�from winning World War II and building immense, increasingly inclusive prosperity to celebrating grand achievements and advancing the rights of Black and female citizens. Because the magazine shaped Americans' beliefs while guiding the country through a period of profound social and cultural change, this is also a story about how a long-gone form of journalism helped make America better and assured readers it could be better still. 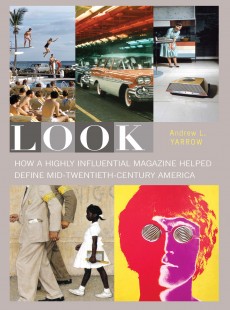