This sweeping work of cultural history explores a time of startling turbulence and change in the South, years that have often been dismissed as placid and dull. In the wake of World War II, southerners anticipated a peaceful and prosperous future, but as Pete Daniel demonstrates, the road into the 1950s took some unexpected turns.

Daniel chronicles the myriad forces that turned the world southerners had known upside down in the postwar period. In chapters that explore such subjects as the civil rights movement, segregation, and school integration; the breakdown of traditional agriculture and the ensuing rural-urban migration; gay and lesbian life; and the emergence of rock 'n' roll music and stock car racing, as well as the triumph of working-class culture, he reveals that the 1950s South was a place with the potential for revolutionary change.

In the end, however, the chance for significant transformation was squandered, Daniel argues. One can only imagine how different southern history might have been if politicians, the press, the clergy, and local leaders had supported democratic reforms that bestowed full citizenship on African Americans--and how little would have been accomplished if a handful of blacks and whites had not taken risks to bring about the changes that did come. 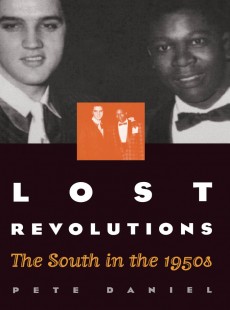