Working to reconcile the Christian dictum to "love one's neighbor as oneself" with evidence of U.S. sociopolitical aggression, including slavery, corporal punishment of children, and Indian removal, Elizabeth Barnes focuses her attention on aggressors--rather than the weak or abused--to suggest ways of understanding paradoxical relationships between empathy, violence, and religion that took hold so strongly in nineteenth-century American culture.

Looking at works by Herman Melville, Frederick Douglass, Nathaniel Hawthorne, and Louisa May Alcott, among others, Barnes shows how violence and sensibility work together to produce a more "sensitive" citizenry. Aggression becomes a site of redemptive possibility because salvation is gained when the powerful protagonist identifies with the person he harms. Barnes argues that this identification and emotional transformation come at a high price, however, as the reparative ends are bought with another's blood.

Critics of nineteenth-century literature have tended to think about sentimentality and violence as opposing strategies in the work of nation-building and in the formation of U.S. national identity. Yet to understand how violence gets folded into sentimentality's egalitarian goals is to recognize, importantly, the deep entrenchment of aggression in the empathetic structures of liberal, Christian culture in the United States. 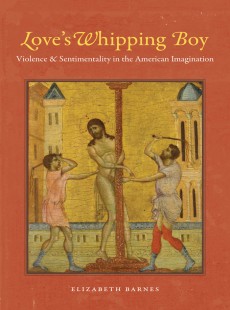 Violence and Sentimentality in the American Imagination