In this interdisciplinary work, John Jordan traces the significant influence on American politics of a most unlikely hero: the professional engineer. Jordan shows how technical triumphs--bridges, radio broadcasting, airplanes, automobiles, skyscrapers, and electrical power--inspired social and political reformers to borrow the language and logic of engineering in the early twentieth century, bringing terms like efficiency, technocracy, and social engineering into the political lexicon. Demonstrating that the cultural impact of technology spread far beyond the factory and laboratory, Jordan shows how a panoply of reformers embraced the language of machinery and engineering as metaphors for modern statecraft and social progress. President Herbert Hoover, himself an engineer, became the most powerful of the technocratic progressives. Elsewhere, this vision of social engineering was debated by academics, philanthropists, and commentators of the day--including John Dewey, Thorstein Veblen, Lewis Mumford, Walter Lippmann, and Charles Beard. The result, Jordan argues, was a new way of talking about the state. 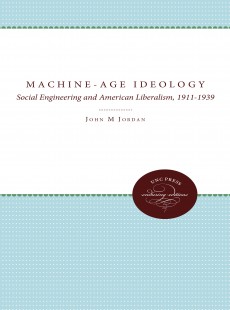