During the 1920s and 1930s, anthropologists and folklorists became obsessed with uncovering connections between African Americans and their African roots. At the same time, popular print media and artistic productions tapped the new appeal of black folk life, highlighting African-styled voodoo as an essential element of black folk culture. A number of researchers converged on one site in particular, Sapelo Island, Georgia, to seek support for their theories about "African survivals," bringing with them a curious mix of both influences. The legacy of that body of research is the area's contemporary identification as a Gullah community.

This wide-ranging history upends a long tradition of scrutinizing the Low Country blacks of Sapelo Island by refocusing the observational lens on those who studied them. Cooper uses a wide variety of sources to unmask the connections between the rise of the social sciences, the voodoo craze during the interwar years, the black studies movement, and black land loss and land struggles in coastal black communities in the Low Country. What emerges is a fascinating examination of Gullah people's heritage, and how it was reimagined and transformed to serve vastly divergent ends over the decades. 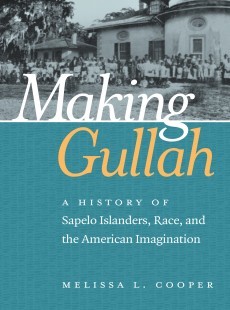 A History of Sapelo Islanders, Race, and the American Imagination