This volume is the essential guide to the Manassas battlefields, site of two of the Civil War’s critical campaigns. Ethan S. Rafuse, a distinguished scholar of the Civil War, provides a clearly organized, thorough, and uniquely insightful account of both campaigns, along with expert analysis and precise directions for armchair traveler and battlefield visitor alike. The July 1861 Battle of First Manassas and the August 1862 Battle of Second Manassas unequivocally influenced the course and outcome of the Civil War. The first battle dealt a decisive blow to hopes that the inexperienced armies of the North and the South could bring about a quick military resolution of the secession crisis. The second battle was the climactic engagement of a spectacular campaign that carried the war to the outskirts of Washington DC and marked the coming of age of Robert E. Lee’s Army of Northern Virginia. Manassas: A Battlefield Guide presents readers with a clear, convenient guide to the sites in northern and central Virginia that shaped the course and outcome of these campaigns. Lucid, concise narratives give readers a better understanding of the events that took place on these battlefields and of the terrain, personalities, and decisions that shaped them. 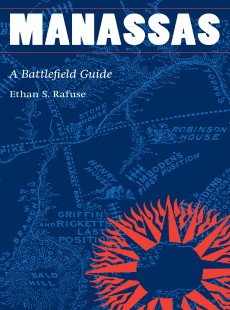