This comprehensive study of China's Cold War experience reveals the crucial role Beijing played in shaping the orientation of the global Cold War and the confrontation between the United States and the Soviet Union.

The success of China's Communist revolution in 1949 set the stage, Chen says. The Korean War, the Taiwan Strait crises, and the Vietnam War--all of which involved China as a central actor--represented the only major "hot" conflicts during the Cold War period, making East Asia the main battlefield of the Cold War, while creating conditions to prevent the two superpowers from engaging in a direct military showdown. Beijing's split with Moscow and rapprochement with Washington fundamentally transformed the international balance of power, argues Chen, eventually leading to the end of the Cold War with the collapse of the Soviet Empire and the decline of international communism.

Based on sources that include recently declassified Chinese documents, the book offers pathbreaking insights into the course and outcome of the Cold War. 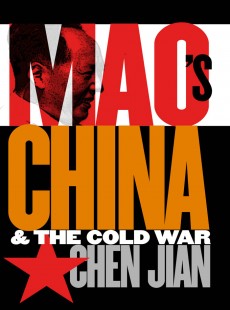 Mao's China and the Cold War