In the second half of the eighteenth century, motherhood came to be viewed as women's most important social role, and the figure of the good mother was celebrated as a moral force in American society. Nora Doyle shows that depictions of motherhood in American culture began to define the ideal mother by her emotional and spiritual roles rather than by her physical work as a mother. As a result of this new vision, lower-class women and non-white women came to be excluded from the identity of the good mother because American culture defined them in terms of their physical labor.

However, Doyle also shows that childbearing women contradicted the ideal of the disembodied mother in their personal accounts and instead perceived motherhood as fundamentally defined by the work of their bodies. Enslaved women were keenly aware that their reproductive bodies carried a literal price, while middle-class and elite white women dwelled on the physical sensations of childbearing and childrearing. Thus motherhood in this period was marked by tension between the lived experience of the maternal body and the increasingly ethereal vision of the ideal mother that permeated American print culture. 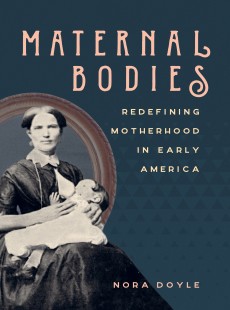