Modernism vs. Traditionalism: Art in Paris 1888-1889 considers questions surrounding artistic developments at the end of the nineteenth century in Paris. Students will debate principles of artistic design in the context of the revolutionary changes that began shaking the French art world in 1888-1889. Images from the 1888 Salon and the tumultuous year that followed provide some of the "texts" that form the intellectual heart of every reacting game. Styles include conservative art espoused by the Academy, as well as more avant-garde art created by artists such as Van Gogh and Gauguin. Also included are the Impressionists and American artists in Paris. Students must read paintings as texts and use them as the basis of their positions in advocating for the future of art. In addition to these visual texts, students will read art criticism from the period, which will help form the basis of their own presentations in favor of one art style over another. These discussions are complicated and enriched by secondary debates over the economics of art, the rise of independent art dealers, and the government's role as a patron of the arts. The game culminates at the 1889 World Exposition in Paris. 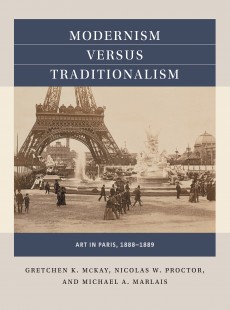