Moonlight, Magnolias, and Madness is a social history of the perceptions and treatment of the mentally ill in South Carolina over two centuries. Examining insanity in both an institutional and a community context, Peter McCandless shows how policies and attitudes changed dramatically from the colonial era to the early twentieth century. He also sheds new light on the ways sectionalism and race affected the plight of the insane in a state whose fortunes worsened markedly after the Civil War. Antebellum asylum reformers in the state were inspired by many of the same ideals as their northern counterparts, such as therapeutic optimism and moral treatment. But McCandless shows that treatment ideologies in South Carolina, which had a majority black population, were complicated by the issue of race, and that blacks received markedly inferior care. By re-creating the different experiences of the insane--black and white, inside the asylum and within the community--McCandless highlights the importance of regional variation in the treatment of mental illness. 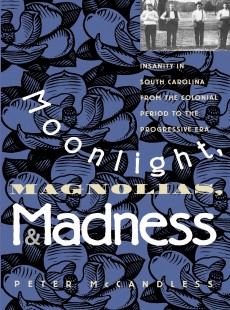