From the late colonial period through the Civil War, slavery developed as the most powerful obstacle to the triumph of liberal values in America. In the second quarter of the nineteenth century, the ambiguities of the revolutionary generation's accomodation of slavery gave way to a direct and violent conflict between northern liberalism and southern slavery. The character of the antislavery movement -- its relationship to broader discussions of morality, law, political economy, and mass politics -- and the expectations it raised for the postemancipation South are central themes of this work.

In the past, historians of antislavery reform have distinguished between moral reform and political reform, between the uncompromising zeal of antislavery radicals and temporizing character of mass politics in the mid-nineteenth century. Louis Gerteis focuses on the evolution in antislavery reform of a liberal vision of progress and explores the manner in which moral sentiments against slavery advanced the utilitarian values of American capitalism. 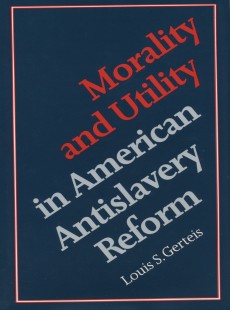