In this engagingly written biography, Tamara Plakins Thornton delves into the life and work of Nathaniel Bowditch (1773-1838), a man Thomas Jefferson once called a "meteor in the hemisphere." Bowditch was a mathematician, astronomer, navigator, seafarer, and business executive whose Enlightenment-inspired perspectives shaped nineteenth-century capitalism while transforming American life more broadly. Enthralled with the precision and certainty of numbers and the unerring regularity of the physical universe, Bowditch operated and represented some of New England's most powerful institutions—from financial corporations to Harvard College—as clockwork mechanisms. By examining Bowditch's pathbreaking approaches to institutions, as well as the political and social controversies they provoked, Thornton's biography sheds new light on the rise of capitalism, American science, and social elites in the early republic.

Fleshing out the multiple careers of Nathaniel Bowditch, this book is at once a lively biography, a window into the birth of bureaucracy, and a portrait of patrician life, giving us a broader, more-nuanced understanding of how powerful capitalists operated during this era and how the emerging quantitative sciences shaped the modern experience. 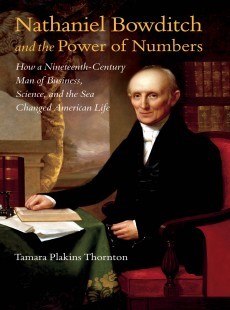 Nathaniel Bowditch and the Power of Numbers

How a Nineteenth-Century Man of Business, Science, and the Sea Changed American Life