Combining intellectual and social history, Teresita Martinez-Vergne explores the processes by which people in the Dominican Republic began to hammer out a common sense of purpose and a modern national identity at the end of the nineteenth and beginning of the twentieth centuries.

Hoping to build a nation of hardworking, peaceful, voting citizens, the Dominican intelligentsia impressed on the rest of society a discourse of modernity based on secular education, private property, modern agricultural techniques, and an open political process. Black immigrants, bourgeois women, and working-class men and women in the capital city of Santo Domingo and in the booming sugar town of San Pedro de Macoris, however, formed their own surprisingly modern notions of citizenship in daily interactions with city officials.

Martinez-Vergne shows just how difficult it was to reconcile the lived realities of people of color, women, and the working poor with elite notions of citizenship, entitlement, and identity. She concludes that the urban setting, rather than defusing the impact of race, class, and gender within a collective sense of belonging, as intellectuals had envisioned, instead contributed to keeping these distinctions intact, thus limiting what could be considered Dominican. 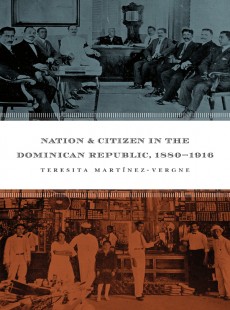