North of the Color Line examines life in Canada for the estimated 5,000 blacks, both African Americans and West Indians, who immigrated to Canada after the end of Reconstruction in the United States. Through the experiences of black railway workers and their union, the Order of Sleeping Car Porters, Sarah-Jane Mathieu connects social, political, labor, immigration, and black diaspora history during the Jim Crow era.

By World War I, sleeping car portering had become the exclusive province of black men. White railwaymen protested the presence of the black workers and insisted on a segregated workforce. Using the firsthand accounts of former sleeping car porters, Mathieu shows that porters often found themselves leading racial uplift organizations, galvanizing their communities, and becoming the bedrock of civil rights activism.

Examining the spread of segregation laws and practices in Canada, whose citizens often imagined themselves as devoid of racism, Mathieu historicizes Canadian racial attitudes, and explores how black migrants brought their own sensibilities about race to Canada, participating in and changing political discourse there. 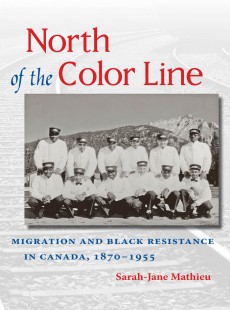 North of the Color Line