In the late nineteenth century, Germans spearheaded a worldwide effort to preserve the material traces of humanity, designing major ethnographic museums and building extensive networks of communication and exchange across the globe. In this groundbreaking study, Glenn Penny explores the appeal of ethnology in Imperial Germany and analyzes the motivations of the scientists who created the ethnographic museums.

Penny shows that German ethnologists were not driven by imperialist desires or an interest in legitimating putative biological or racial hierarchies. Overwhelmingly antiracist, they aspired to generate theories about the essential nature of human beings through their museums' collections. They gained support in their efforts from boosters who were enticed by participating in this international science and who used it to promote the cosmopolitan character of their cities and themselves. But these cosmopolitan ideals were eventually overshadowed by the scientists' more modern, professional, and materialist concerns, which dramatically altered the science and its goals.

By clarifying German ethnologists' aspirations and focusing on the market and conflicting interest groups, Penny makes important contributions to German history, the history of science, and museum studies. 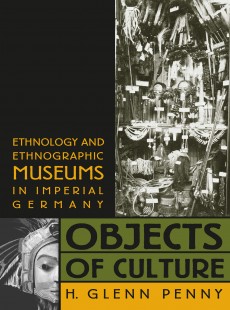