When sports fans turn on the television or radio today, they undoubtedly find more women on the air than ever before. Nevertheless, women sportscasters are still subjected to gendered and racialized mistreatment in the workplace and online and are largely confined to anchor and sideline reporter positions in coverage of high-profile men's sports. In On the Sidelines Guy Harrison weaves in-depth interviews with women sportscasters, focus groups with sports fans, and a collection of media products to argue that gendered neoliberalism a cluster of exclusionary twenty-first-century feminisms maintains this status quo. Spinning a cohesive narrative, Harrison shows how sportscasting's dependence on gendered neoliberalism broadly places the onus on women for their own success despite systemic sexism and racism. As a result, women in the industry are left to their own devices to navigate double standards, bias in hiring and development for certain on-air positions, harassment, and emotional labor. Through the lens of gendered neoliberalism, On the Sidelines examines each of these challenges and analyzes how they have been reshaped and maintained to construct a narrow portrait of the ideal neoliberal female sportscaster. Consequently, these challenges are taken for granted as "natural," sustaining women's marginalization in the sportscasting industry. 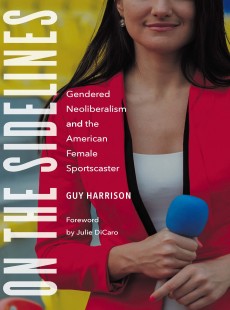