One Blood traces both the life of the famous black surgeon and blood plasma pioneer Dr. Charles Drew and the well-known legend about his death. On April 1, 1950, Drew died after an auto accident in rural North Carolina. Within hours, rumors spread: the man who helped create the first American Red Cross blood bank had bled to death because a whites-only hospital refused to treat him. Drew was in fact treated in the emergency room of the small, segregated Alamance General Hospital. Two white surgeons worked hard to save him, but he died after about an hour. In her compelling chronicle of Drew's life and death, Spencie Love shows that in a generic sense, the Drew legend is true: throughout the segregated era, African Americans were turned away at hospital doors, either because the hospitals were whites-only or because the 'black beds' were full. Love describes the fate of a young black World War II veteran who died after being turned away from Duke Hospital following an auto accident that occurred in the same year and the same county as Drew's. African Americans are shown to have figuratively 'bled to death' at white hands from the time they were first brought to this country as slaves. By preserving their own stories, Love says, they have proven the enduring value of oral history. General Interest/Race Relations 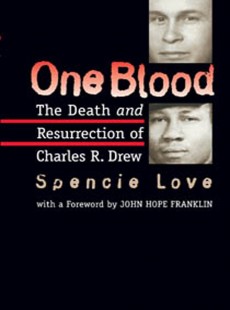 The Death and Resurrection of Charles R. Drew