Though artistic and ambitious, Paul Kwilecki (1928-2009) chose to remain in Bainbridge, Georgia, the small Decatur County town where he was born, raised, and ran the family's hardware store. He had always been interested in photography and taught himself how to use a camera. Over four decades, he documented life in his community, making hundreds of masterful and intimate black-and-white prints.
Kwilecki developed his visual ideas in series of photographs of high school proms, prison hog killings, shade-tree tobacco farming, factory work, church life, the courthouse. He also wrote eloquently about the people and places he so poignantly depicted, and in this book his unique knowledge is powerfully articulated in more than 200 photographs and selected prose.
Paul Kwilecki worked alone, his correspondence with important photographers his only link to the larger art world. Despite this isolation, Kwilecki's work became widely known. "Decatur County is home," he said, "and I know it from my special warp, having been both nourished and wounded by it." 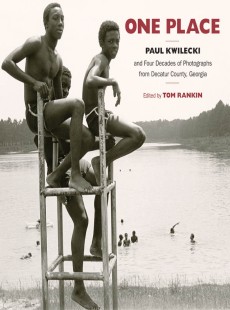