Legions of bluegrass fans know the name Otto Wood (1893–1930) from a ballad made popular by Doc Watson, telling the story of Wood's crimes and violent death. However, few know the history of this Appalachian figure beyond the larger-than-life version heard in song. Trevor McKenzie reconstructs Wood's life, tracing how a Wilkes County juvenile delinquent became a celebrated folk hero. Throughout his short life, Wood was jailed for numerous offenses, stole countless automobiles, lost his left hand, and made eleven escapes from five state penitentiaries, including four from the North Carolina State Prison after a 1923 murder conviction. An early master of controlling his own narrative in the media, Wood appealed to the North Carolina public as a misunderstood, clever antihero. In 1930, after a final jailbreak, police killed Wood in a shootout. The ballad bearing his name first appeared less than a year later.

Using reports of Wood's exploits from contemporary newspapers, his self-published autobiography, prison records, and other primary sources, Trevor McKenzie uses this colorful story to offer a new way to understand North Carolina--and arguably the South as a whole—during this era of American history. 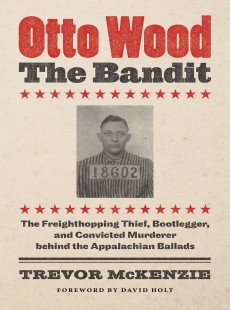 The Freighthopping Thief, Bootlegger, and Convicted Murderer behind the Appalachian Ballads